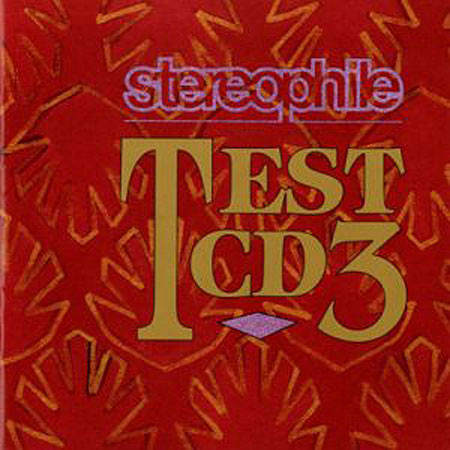 Back in the spring of 1990, Stereophile introduced its first Test CD, featuring a mixture of test signals and musical tracks recorded by the magazine's editors and writers. Even as we were working on that first disc, however, we had plans to produce a second disc which would expand on the usefulness of the first and feature a more varied selection of music. The result was our Test CD 2, released in May 1992.

And now we have Test CD 3! While there is some overlap of the test signals with our earlier discs—it includes the useful audio-bandwidth warble tones from Test CD 2, but cleaned up a little—its test tracks can be used for setting up Home Theater systems as well as conventional stereo systems. As with our other CDs, all the information you need to use the disc is printed in the CD booklet. As that is printed in typically teeny-tiny type, however, almost all of it is repeated in this article.

More about this disc here.